Update on 03.15.2021
The Puella Magi Madoka Magica 10th anniversary project has launched! !Puella Magi Madoka Magica first aired as an animated TV series on January 7, 2011. A new project commemorating the 10th anniversary of Madoka Magica is starting!
Fans can check out the new anniversary logo and special illustrations by character designer aokiume, as well as congratulatory messages from the main staff and cast on the anniversary website.
We will also be sharing congratulatory illustrations from various illustrators and comic book artists as they come in, so please continue to check the website for more news! 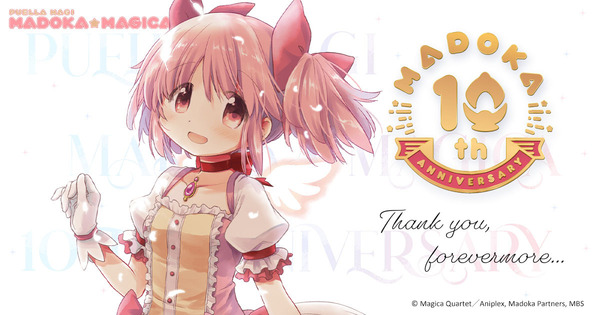